Raku, a ceramic enameling technique, originally from Korea, was developed and institutionalized in Japan in the 16th century. Earth, air, fire and water express their natures simultaneously under the fundamental constraints of the firing process, conferring infinite variation, and making each piece unique.

This rapid firing technique subjects the clay to temperature extremes, due to extracting an incandescent piece from the kiln, to undergo immediate cooling in the open air. A piece may be smoked, soaked in water, burned or left in the open. The pieces are hardened at 800°to 850° Celsius. The enamel (watertight colored varnish)is fired between 820° and 980° C for one to two hours. Weather conditions may provoke thermal shock due to unforeseen temperature variations: suddenly dropping from 900° to 20° C or less. Then the piece is immediately covered with flammable material, such as sawdust, and enclosed in an airtight container. During this smoking stage the characteristic cracks and carbon blackening occur. 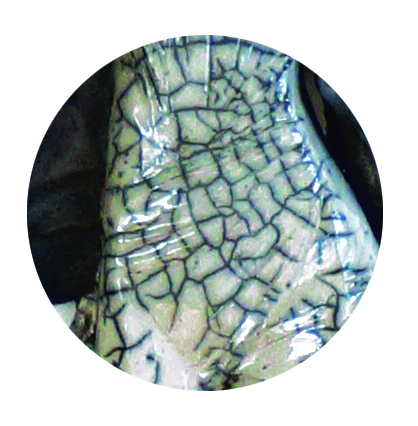 This technique flourished in 16thcenturyJapan, during the Sengoku period. The encounter between Chōjirō a Japanese potter and Senno Rikyū, master of the tea ceremony, led to innovations developed from the original Korean technique, dedicated in particular to tea bowls. The technique was passed down within the Raku family for nearly 450 years. The tea ceremony (chanoyu) is similar to the Zen Buddhist ceremony, derived from the esthetic criteria of kanso, simplicity, funkinsei , irregularity and shizen, naturalness – concepts foundin contemporary references to the simplicity of wabi-sabi, encouraging are turn to natural origins.

This website uses cookies to improve your experience while you navigate through the website. Out of these cookies, the cookies that are categorized as necessary are stored on your browser as they are essential for the working of basic functionalities of the website. We also use third-party cookies that help us analyze and understand how you use this website. These cookies will be stored in your browser only with your consent. You also have the option to opt-out of these cookies. But opting out of some of these cookies may have an effect on your browsing experience.
Necessary Always Enabled
Necessary cookies are absolutely essential for the website to function properly. This category only includes cookies that ensures basic functionalities and security features of the website. These cookies do not store any personal information.
Non-necessary
Any cookies that may not be particularly necessary for the website to function and is used specifically to collect user personal data via analytics, ads, other embedded contents are termed as non-necessary cookies. It is mandatory to procure user consent prior to running these cookies on your website.
SAVE & ACCEPT